The UPWARDS project as a whole is ambitious in its science scope. It is an ambitious collaborative project formed as a logical progression of well established European excellence in a wide range of Martian research from geology to atmospheric escape. It is an example of a coordinated opportunity for understanding the most challenging open issues in the Mars system.

This scientific ambition is framed by six major science themes: Subsurface-atmosphere interactions; the water cycle; aerosols and dust storms; trace species at the terminator; and the upper atmosphere behaviour, escape and coupling with the Martian climate at lower altitudes. These areas represent big science on Mars and are addressed in two ways:

Mars as a whole

The Interaction between Martian atmosphere, sub-surface, surface and with space are poorly understood but an essential actor. Volatiles and trace species like methane and water are injected from the sub-surface into the atmosphere. Large amounts of CO2 and water are deposited as ice in the polar regions each Martian winter and partly released in summer, in ways depending on very variable dusty conditions. Heavy species, some linked to the water cycle, are broken out by solar radiation in the upper region and the lighter elements scape to space. This illustrates the need to analyze all regions together in order to understand Mars as a whole, as we plan to do in UPWARDS. 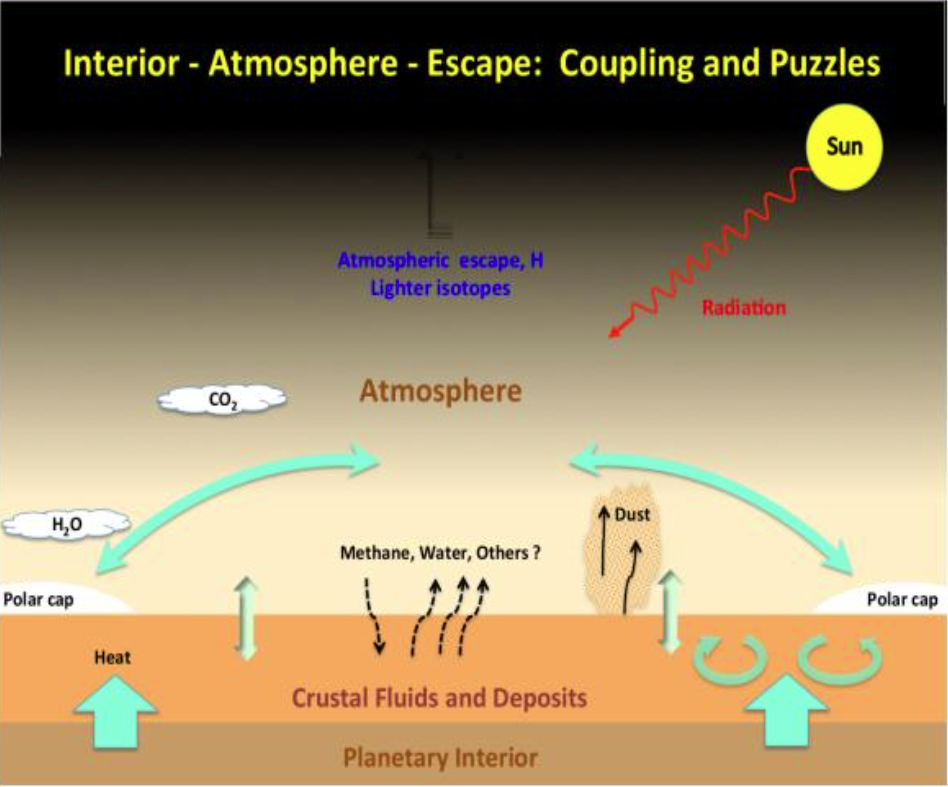 The ambition and innovation of these grand goals go hand-in-hand, as explained next for each of the science themes. In order to highlight the synergy between them, we are making use of work packages