The terminator, a very peculiar region of the atmosphere that the solar occultations probe, is the limit between the day and night sides of the planet. Most f the solar occultation retrieval algorithms implemented nowadays rely on a series of asumptions, the most important one being that the atmosphere is spherically symmetric, i.e. that identical temperature, concentration and density conditions are found at a given altitude independent of the latitude or longitude. However, it is known that densities are lower and temperatures are higher on the dayside that on the noght side, particularly at the hight latitudes where solar occultations sound the atmosphere. This combined with the fact that the footprint of an occultation on the surface of the planet usually varies by 100 to 400 Km casts doubts on the validity of the hypothesis related to the summetry of the atmosphere along the line of sight. Read more. 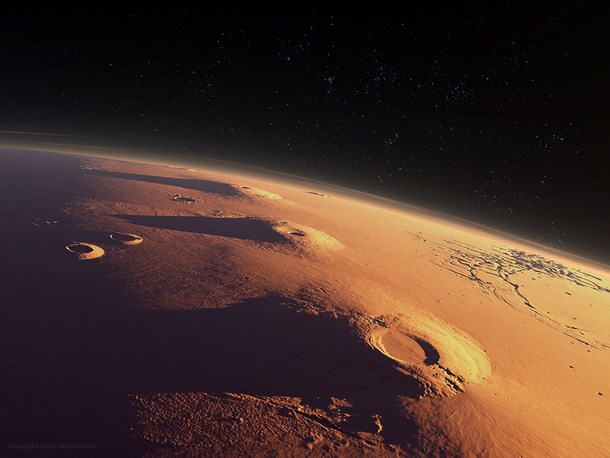 Scientific Impacts:
The chemistry and dynamics of the terminator, which are mainly driven by the solar illumination, are not well understood today. It is however crucial if one wants to understand the global dynamics of the atmosphere. The studies performed under UPWARDS will be of direct use for the preparation of the ExoMars TGO mission since two of the instruments on board TGO will routinely perform solar occultations. With the innovative tools provided by this study, science return will be optimized.