For the past decade, a suite of U.S. and European orbiters has provided an incomparable dataset regarding Mars atmosphere and climate. However, there are many identified areas where this dataset is expected to reveal additional information that traditional retrieval techniques are unable to address. Unlocking this information requires the use of novel retrieval techniques, with most of them already being applied for Earth studies5,6 that our consortium proposes to adapt to the Martian case. We will cover the following specific aspects of interest for the ExoMars TGO mission. Read more...

Scientific Impacts:
The expected outcomes of the novel retrieval techniques will include new datasets for the characterization of the lower and middle atmosphere of Mars, revealing in particular the detailed behaviour of atmospheric composition in a way never accessed by any previous data retrieval. The synergetic technique will provide extended multi- annual H2O and CO climatologies that will contain both a continuous mapping of the column integrated of these species but also their vertical gradient of distribution in the lower troposphere. This will address a part of the atmosphere, that is otherwise inaccessible by non-synergistic methods and establish new paradigms for the Mars water cycle and the CO chemical cycle.

Results obtained from the limb analysis of PFS and OMEGA observations will exploit a yet unexplored facet of the Mars Express data of great value, offering the capability to simultaneously characterize gaseous and particulate species linked to each other by chemical and physical processes. 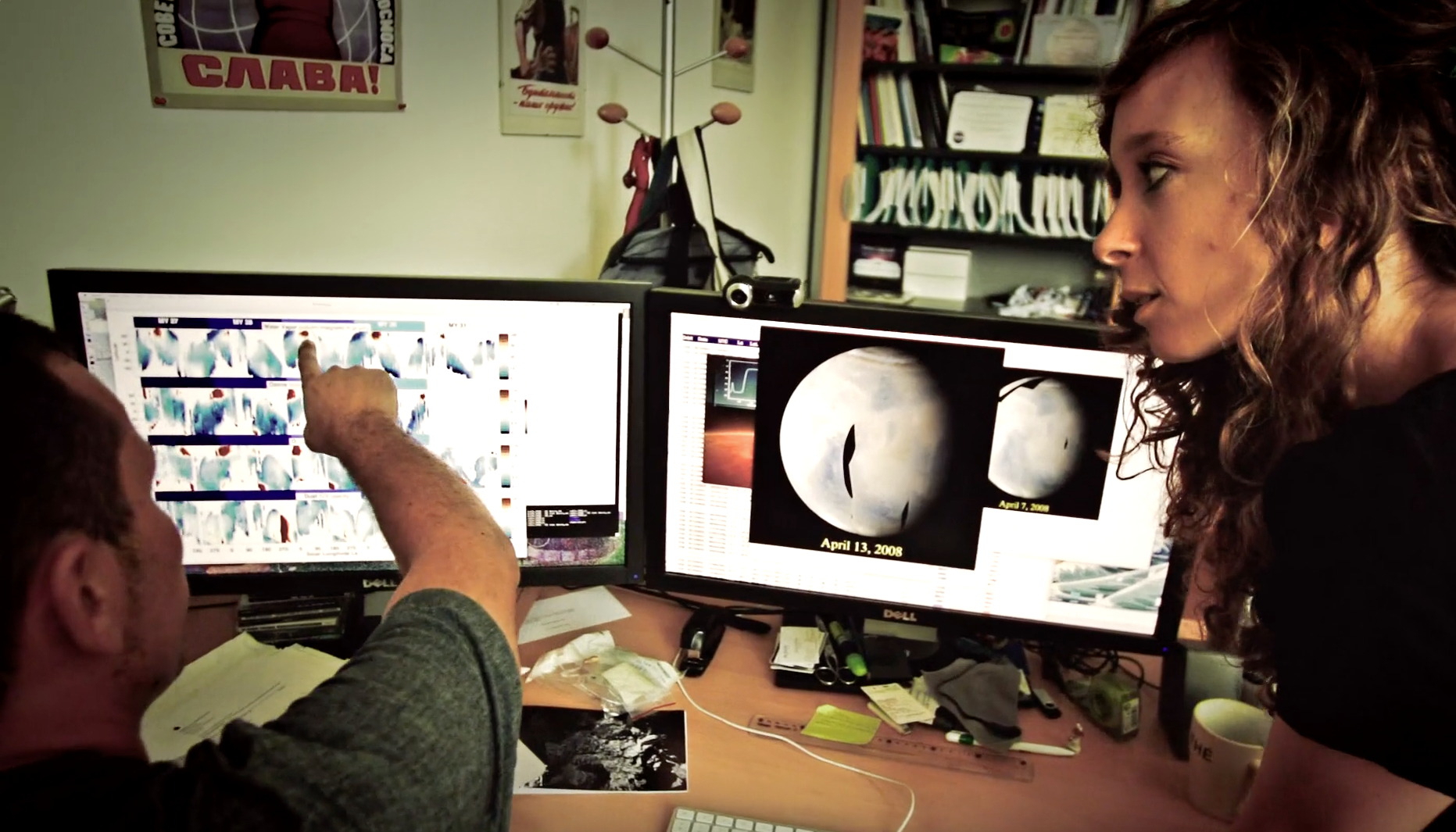 The expected results of non-LTE retrievals will include climatologies of temperatures, densities and abundances of CO, which will be very valuable to build better a priori constraints for future observations of the upper atmosphere, especially for the NOMAD experiment on TGO. They should also impact on-going observations in the middle and upper atmosphere by instruments like MCS and MAVEN IUVS. The densities and temperatures obtained will be compared against GCMs to validate or improve these at mesospheric altitudes, which in turn will help the analysis and scientific exploitation of NOMAD and ACS data products.

The benefits of this research will extend to any future mission of the Mars upper atmosphere, by gaining confidence on the atmospheric structure at high altitudes, and by improving the design of aerobraking manoeuvres. The novel atmospheric reconstruction method will provide key tools for ExoMars 2016 and 2018 EDL trajectory reconstructions and validation of aerodynamic, atmospheric, and thermal models. Developed data analysis tools and derived products will benefit future planetary EDL by reducing uncertainties associated with the models and procedures.

As result of this work, a new set of state-of-the-art tools for analysis of future Martian data will be created that will consolidate the position of the European community in the scientific exploration of the Martian atmosphere and climate.