The Instituto de Astrofísica de Andalucía (IAA) is the leading research centre of CSIC in the field of Astronomy and Space Sciences, this activity taken as a multidisciplinary pursuit. The IAA team that participates in this proposal includes the longest tradition in Spain in the field of instrumentation for remote sensing and exploration of terrestrial planets in the Solar System. Their experience covers the study of thermal structure (temperature fields), composition (species abundances) and energy balance of the atmospheres of the terrestrial planets, namely, Earth, Mars, Venus and Titan. For that end we mainly use global (space) measurements of those quantities measured by instruments on board satellites spanning through periods from around a year to a decade, and simulations by global circulations models (GCM). IAA/CSIC is co-I of PFS/MEx, VIRTIS/Venus Express, and co-PI of NOMAD/ExoMars, among other planetary missions

The Solar System department has worldwide leadership in modelling the atmospheres and surfaces of planets and minor bodies, analyzing polarimetric images of the Sun, and analysing/inverting the radiance emitted by planetary atmospheres. In addition, the Solar System department has worldwide recognition for the development of radiative transfer and inversion algorithms for retrieval of temperature and composition of planetary atmospheres from measurements taken by IR instruments, particularly under the conditions of non-LTE, prevailing in the upper atmospheric regions. Similarly, they are expertise in the 3D modelling of planetary atmospheres by using General Circulation Models (GCMs). In particular, IAA leads the aspects related to the middle and upper atmosphere of a Mars global circulation model and the Mars Climate Database (MCD), formed from its output, in collaboration with LMD, Paris and OU, Milton Keynes. The Solar System department of the IAA has participated, among others, in the EU project SIESTA (FP-4) and in the AMIL2DA and TOPOZ-II FP-5 research projects.

The IAA-CSIC will coordinate this proposal and will perform several tasks related to the middle and upper atmosphere of Mars. 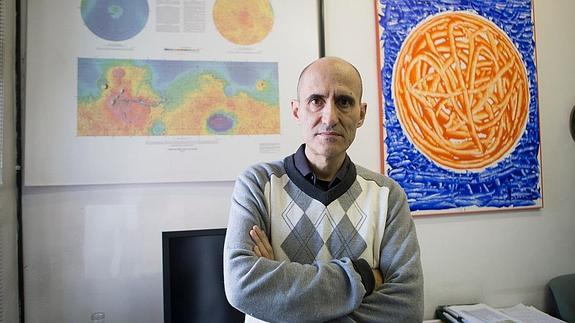