The Spanish National Research Council (CSIC) is the largest public institution dedicated to research in Spain and the third largest in Europe. CSIC has a staff of over 13,500 employees, of which about 3,300 are permanent researchers and about 4,300 are pre- and post-doctoral researchers. The CSIC has 71 institutes distributed throughout Spain. In addition, it has 54 Joint Research Units with universities or other research institutions. There is also a delegation in Brussels.

CSIC has considerable experience in both participating and managing R&D projects and training of research personnel. Under the 7th Framework Programme CSIC has signed 724 actions (including 62 coordinated by CSIC and 45 ERC projects). Funding wise, CSIC is listed the 6th organisation in Europe in the 7th Framework Programme. As to the number of projects signed by CSIC within each programme, the distribution is People 36,4%, Cooperation 32,1%, Capacities 25,2% and Ideas 6,3%. Taking funding into account, the ranking would be different: Cooperation 45%, IDEAS 28%, People 19%, Capacities 8%

The Instituto de Astrofísica de Andalucía (IAA-CSIC), is one of the largest CSIC institutes, with more than 200 members, devoted to Astronomy and Astrophysics. The research carried out at IAA is multidisciplinary, including multi-wavelength and multi-site astronomical observations, space observations, theoretical and computational studies, and technological and instrumental developments. The IAA covers all major areas of Astrophysics: stellar physics, star formation, interstellar medium, extragalactic astronomy, cosmology; and a large department exploring the Solar System. Besides the scientific core, the IAA has three service branches: Instrumental & Technological Unit, Computer Centre, and General Services) which includes the Communication and Outreach Unit. 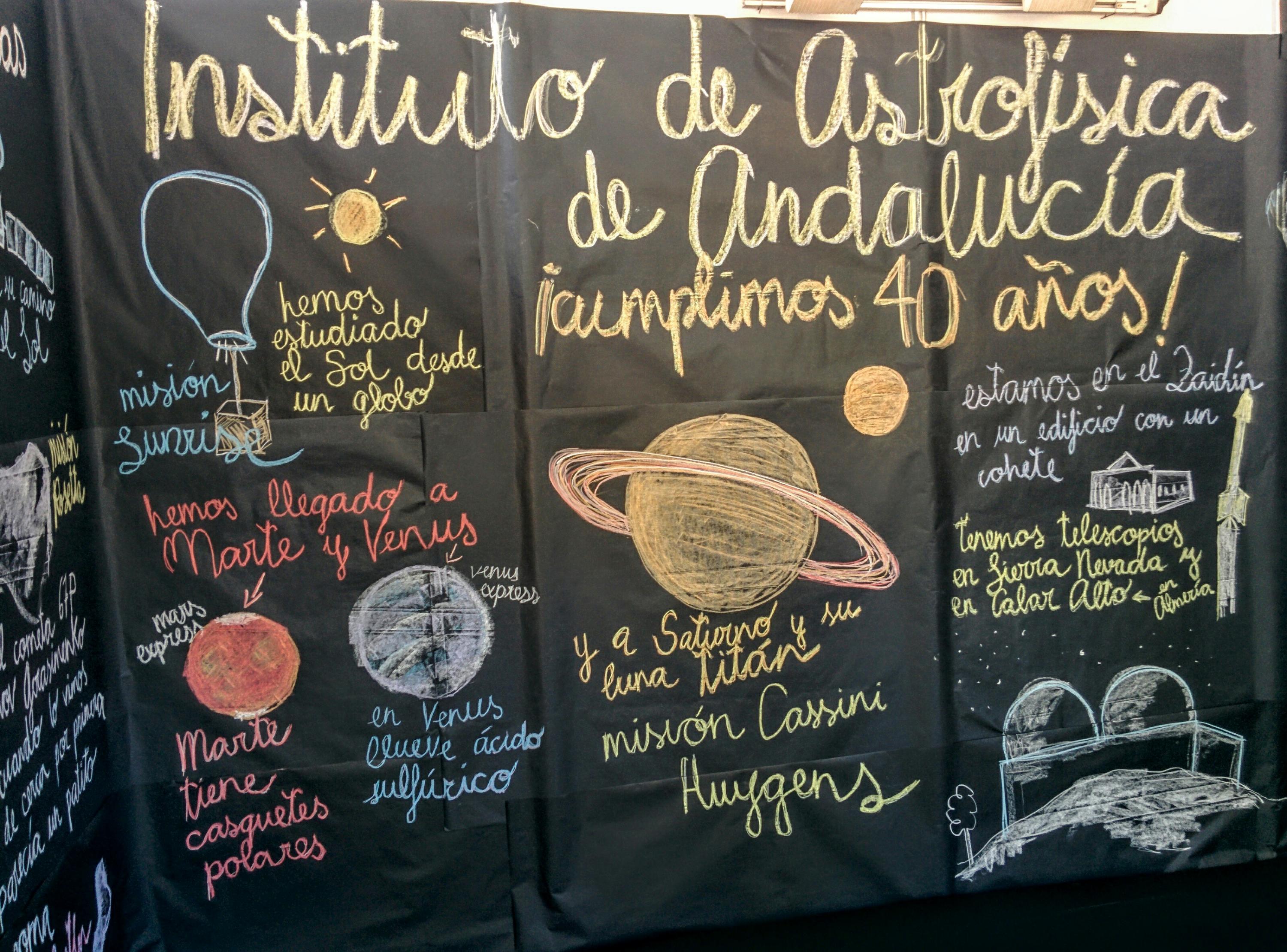