The science behind 'The Martian'

It is the year 2035 and NASA has sent its third human mission to Mars, but this time a very big problem is happening...

'The Martian' has been launched in some countries and other are still waiting for the Ridley Scott film.

Özgür Karatekin, senior research scientist at Observatorie Royal de Belgique and member of the UPWARDS project, has already watched the movie and shared some scientific comments in an interview on a Belgium TV Station. If you have not seen the movie yet, no worries we won't spoil it. 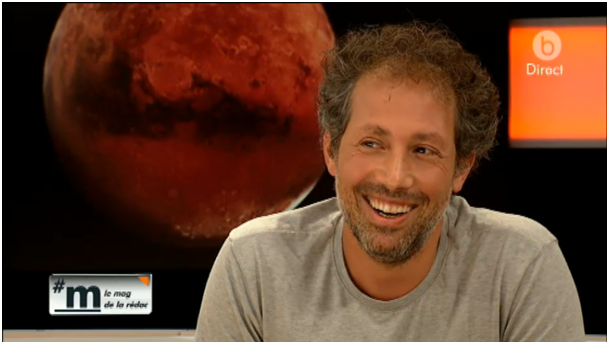 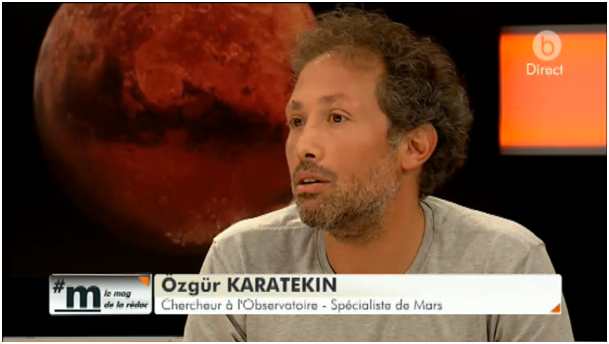 The fact: THE DUST STORM IS LIKE A HURRICANE and IT WAS DEVELOPED SO QUICKLY
Science or Fiction?: FICTION
COMMENTS: The red planet’s thin atmosphere would reduce force of winds by a factor ~100. Even winds at 100 km/h cannot be destructive and be felt more like a light breeze on Mars.
On the other hand, global and regional dust storms take some time to develop, so it would not occur suddenly and be noticed beforehand. It is also unlikely that right after a big dust storm fades away (Matt Damon wakes up under the sun) there is another big one the night after. Moreover, dust particles in the sand storm seems to be very large.

The fact: GRAVITY
Science or Fiction?: FICTION
COMMENTS: Due to lower gravity, Matt Damon would hop rather than normal Earth-like walk. (Unless may be some special weights in his suits, I might have seen some rings).

The fact: RADIATION
Science or Fiction?: FICTION
COMMENTS: Due to radiation on the Martian surface, the costume that Matt wear would protect up to a level but he does not wear it all the time. It would be especially dangerous when he is withouth the costume and the door is hold with tarp and duct tape. I think Matt would get very sick, if he does not die on Mars he would die on Earth, and unlikely would live enough to give lectures on his return… Also radiation during the interplanetary travel would affect all astronauts unless the spaceship has some protection (very thick walls out of titanium or filled with water or a magnetic field).

The fact: THE SPACECRAFT
Science or Fiction?: SCIENCE
COMMENTS: it is pretty realistic althought it looks extremely large and comfortable, with big windows.

The fact:​ THE HABITAT (THE HAB)
Science or Fiction?: SCIENCE (but...)
COMMENTS: Protection for Radiation has not addressed in the movie, niether the landing on Mars. Two major difficulties for future Mars missions.

The fact: TAKING OFF FROM MARS
Science or Fiction?: FICTION
COMMENTS: To leave the Red Planet is one of the biggest obstacles to future Mars missions. Space agencies don’t know the logistics of taking off from Mars, and all the unknowns that brings with it.
On the other hand, 12 G-Force aceleration during the takeoff is exaggerate. Escape velocity on Mars is 5 km/s and on Earth ~11 km/s, so the G-force aceleration loads for takeoff would be typically 3g on Earth and 1g on Mars. 12g, even for 30 seconds, might be extremely dangerous for anybody.

The Fact: COMMUNICATING WITH EARTH
Science or Fiction?: FICTION
COMMENTS: It is unlikely that the communications would be lost with a single broken dish… (Why he does not repair the dish but goes after Pathfinder?) Communications is an essential part of any planetary missions. Redundant system is on place with main and auxiliary antennas for every mission.  UHF communications in proximity (between the Hab, Rover, Hermes and any Orbiters)  and  Xband to communicate direct to Earth are standards on Mars mission. Rover should have also its own communications system. Even if direct to Earth (X band) does not work,  Matt should be able to communicate via the relay orbiters. He can communicates with Hermes from the surface just before the take-off, so he should have been able to communicate with the Mars orbiters as well.

The fact: DUCT TAPE
Science or Fiction?: FICTION (but...)
COMMENTS: Duct tape is excellent to fix things… But not sure if you can do everything with it. It might exists a very strong duct tape that can hold a tarp to fix the door with DP =12 psi ~ or 80 kPa. A slight hole might cause a leak; on Earth it is as if you have vaccum chamber. Can the holes in helmet or clothes be easily fixed with a duct tape? There is about 25-30 KPa inside the suit, for comparison Dp~ 30 KPa is about the capability of a good vacuum cleaners… Then with a very strong duct tape could be possible to cover the holes. Also you could use pressure for thrust...

If you want to know if The Martian has already been launched in your country, check LAUNCHING DATES