Establishing if life ever existed on Mars is one of the outstanding scientific questions of our time. To address this important goal, the European Space Agency (ESA) has established the ExoMars programme to investigate the Martian environment and to demonstrate new technologies paving the way for a future Mars sample return mission in the 2020's. 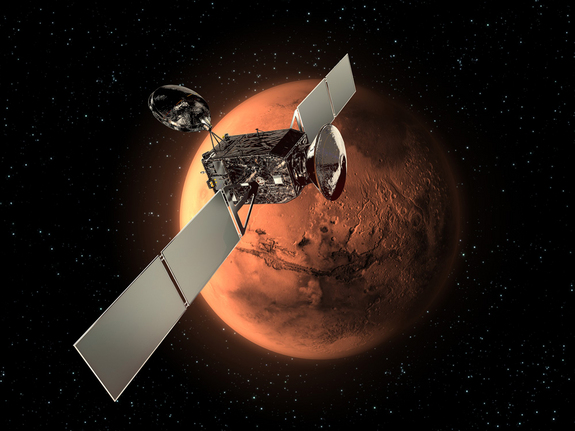 Two missions are foreseen within the ExoMars programme: one consisting of an Orbiter plus an Entry, Descent and Landing Demonstrator Module. It was launched in 2016. And the other, featuring a rover, with a launch date of 2020.

The 2016 mission includes a Trace Gas Orbiter (TGO) and an Entry, Descent and Landing Demonstrator Module (EDM). The Orbiter carry scientific instruments to detect and study atmospheric trace gases, such as methane. The EDM - failed to land on the Mars surface - contained sensors to evaluate the lander’s performance as it descends, and additional sensors to study the environment at the landing site.

The main objectives of this mission are to search for evidence of methane and other trace atmospheric gases that could be signatures of active biological or geological processes and to test key technologies in preparation for ESA's contribution to subsequent missions to Mars.

UPWARDS is timely built in order to prepare tools and to supply new knowledge for Exomars 2016 and 2018. A one-to-one correspondence of topics covered by UPWARDS and their potential links to ExoMars activities / experiments can be summarized as follows. 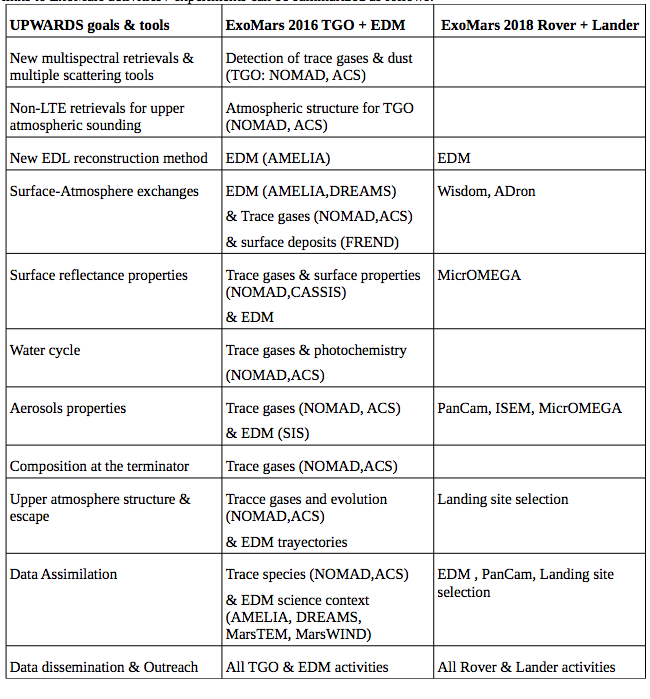 A decade has passed since Europe's first mission to Mars was launched from Baikonur cosmodrome on 2 June 2003. Aptly given the name Mars Express, it was developed more quickly, and at a much lower cost, than any similar missions developed up to that time. So successful was the design concept that a similar spacecraft, Venus Express, was later sent to the second planet from the Sun. Mars Express was designed to study all aspects of the Red Planet, including its atmosphere and climate, and the mineralogy and geology of the surface and subsurface. 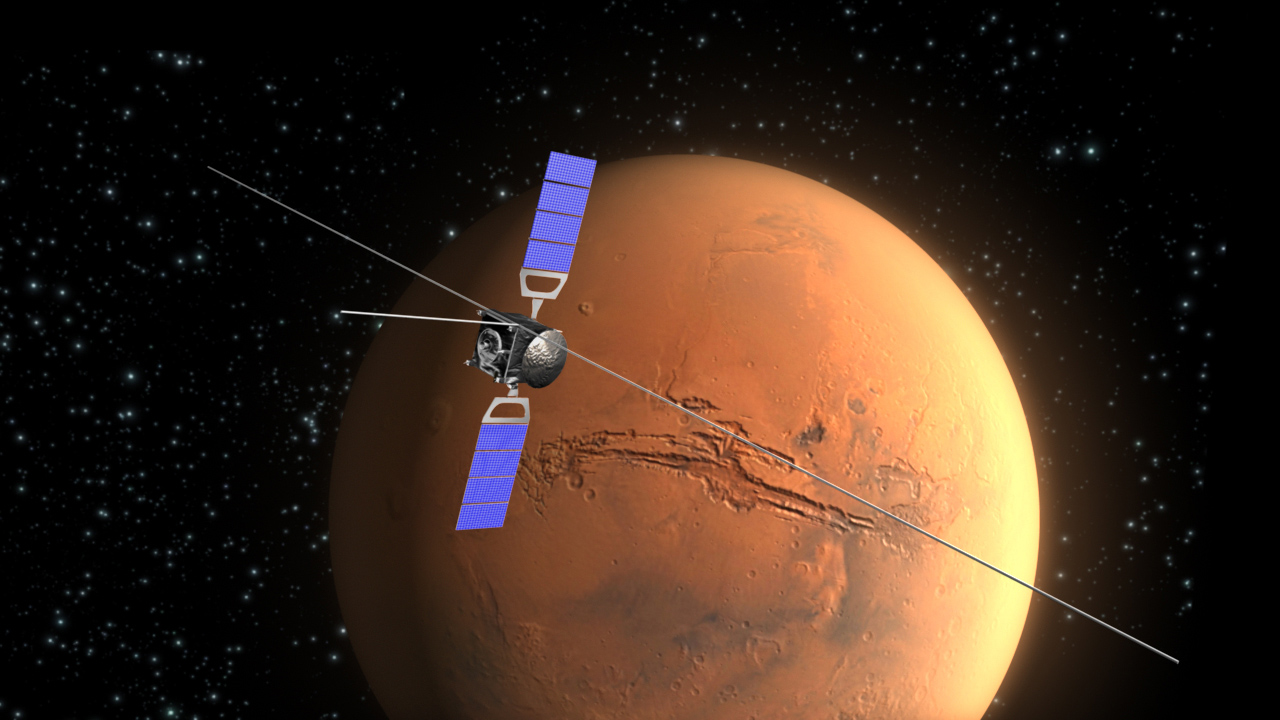 Mars Express has also been an invaluable member of the international effort to unravel the mysteries of Mars. During its lifetime it has acted as a communication relay between Earth and various NASA spacecraft, including the Phoenix lander and several rovers on the surface.

The story of this remarkable mission has not yet reached its conclusion. As the mission continues into its second decade, more discoveries can be expected in the future. This legacy will prepare the way for future missions, including ESA’s next missions to the Red Planet: the ExoMars Trace Gas Orbiter, which is scheduled for launch in January 2016, and the ExoMars rover, which should follow in 2018.

Meanwhile, you can read more about some of the major discoveries made during 10 marvellous years of Mars Express on the following pages:

The overall approach of UPWARDS consists of the synergistic combination of selected data from Mars missions, focused on MEx, the development of innovative tools to be tested on those data to obtain excellent new science and the delivery of an updated collection of science products based on a revision and extension of previous knowledge. As a result of a data assimilation technique, some of these products will be both global and time-evolving reference datasets. 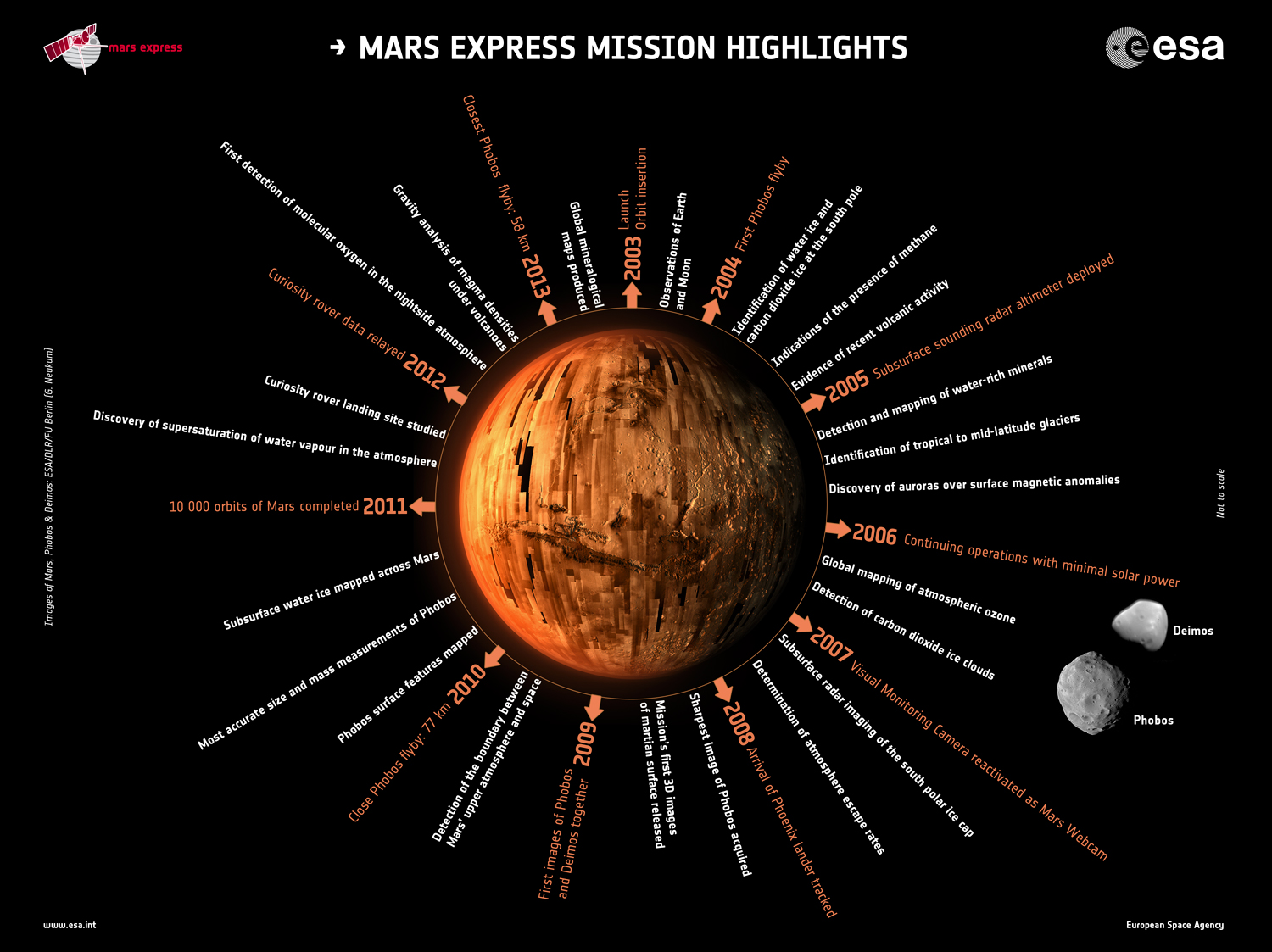 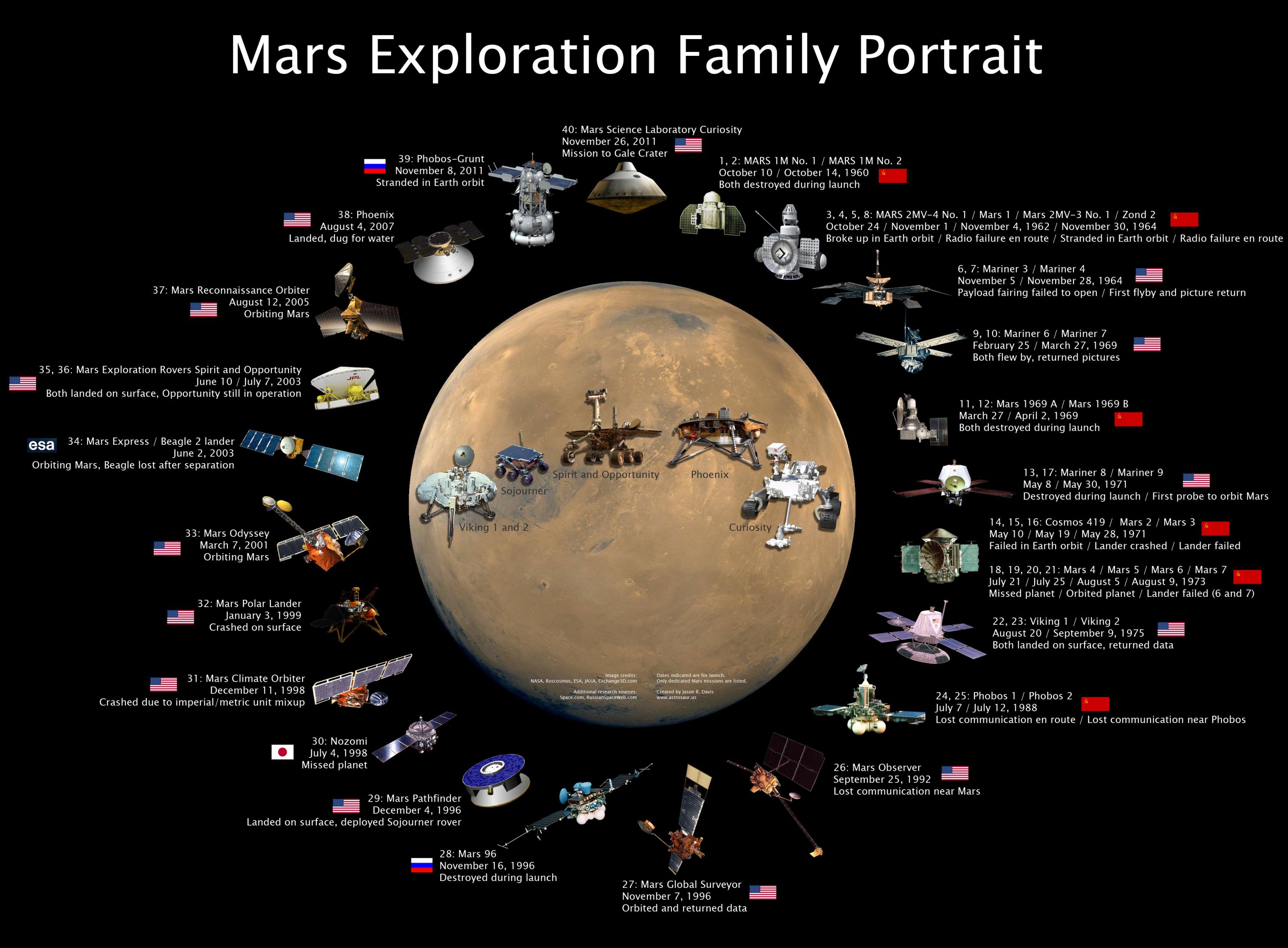 After arriving at Mars, Odyssey used the upper atmosphere to move into a 400 km polar mapping orbit – a process known as aerobraking. Its gamma-ray suite recorded significant quantities of hydrogen close to the surface - evidence of large deposits of underground water ice. Analysis of temperature data enabled scientists to distinguish between solid rock and a variety of loose surface materials. Odyssey's camera system examined the planet in both visible-light and infrared wavelengths, identified minerals in rocks and soils and compiled the highest resolution global map of Mars. Its instruments have monitored the Martian atmosphere and measured high-energy radiation. Odyssey is the longest-working spacecraft ever sent to Mars, continually mapping the planet while providing communications relay support for ongoing surface missions.

MRO has been studying the surface, subsurface and atmosphere of Mars in unprecedented detail since November 2006, following a programme of aerobraking to adjust the size and shape of its orbit. The orbiter has sent back more than three times as much data as all other space missions that have travelled beyond the Moon. NASA's Deep Space Network received more than 190 terabytes of data – including more than 70,000 images – from the six science instruments during the mission's first eight years at Mars. Its observations revealed different types of watery environments with extensive mineral deposits - including clays, sulphates and carbonates – that existed early in Mars' history. Radar observations revealed subsurface layering, probably connected to cyclical variations in the tilt of the planet's rotation axis and the shape of its orbit. Radar also revealed a thick deposit of carbon dioxide ice buried in the south polar cap.

The Mars Science Laboratory carried Curiosity, the largest roving vehicle ever delivered to the surface of Mars. The primary task of the nuclear-powered rover was to evaluate whether an ancient impact feature, known commonly as Gale Crater, could have once supported life. The six-wheeled rover is 3m long and 2.8 m wide, with a weight of 899 kg. It was too large for traditional landing techniques, so the final stages of its descent involved a series of retrorockets attached to a "sky crane", from which it was lowered by cords to the surface. The rover carries 10 scientific instruments. Two of these are attached to a 2.1 m long robotic arm which is also used to scoop up soil and deliver samples to ovens for heating and analysis. A rotary percussive drill can acquire samples of material from up to 5 cm beneath a rock's surface. There is also a rock-zapping laser for analysis of vaporised rocks and another experiment that uses an X-ray beam to identify rock minerals. The rover has been exploring the rocks around the base of the central mountain in Gale crater and by April 2015 had traversed 10 km. It has found clay minerals that were formed in the presence of water, made the first discovery of organic molecules on Mars and detected unexpected spikes in the amount of atmospheric methane.

India's first Mars mission carries five science instruments to survey the planet, gathering data on the Martian climate and the mineral make-up of its surface. They include a colour imaging camera to return medium resolution pictures, a thermal infrared spectrometer to measure the chemical composition of the surface, and instruments to measure the atmosphere, including a detector to search for methane.

MAVEN flies in a highly elliptical orbit that ranges from about 150 km to 6000 km above the Martian surface. It carries three instrument packages. The Particles and Fields Package contains six instruments to characterise the solar wind and the ionosphere of the planet. The Remote Sensing Package studies the upper atmosphere and ionosphere. The Neutral Gas and Ion Mass Spectrometer measures the composition and isotopes of atomic particles. The orbiter also relays data from NASA's Curiosity Mars rover to Earth. During a series of deep-dip campaigns MAVEN's lowest altitude is reduced to about 125 km to take measurements throughout the entire upper atmosphere. MAVEN is the second mission in NASA's Scout programme (Phoenix Mars Lander was the first).